Alabama-based Tribal Goods Shop Gives Back to the Swat Valley

This post is sponsored by A Lilla Bazaar. All opinions are my own!

One shop in Alabama is touching the lives of families in the disaster and war-torn Swat Valley, Pakistan and the surrounding tribal communities.

For our non-USA readers, let’s just say that Alabama doesn’t exactly have a history of welcoming and supporting foreigners with open arms.  Unless, maybe, they’re really good at football and look good in crimson red. (This is probably a good place to mention that I’m originally from Arkansas….”Pig Sooey!”) They’re pretty conservative in general. Leave it at that.

So it can be said that the region of people known to embrace fashion trends like these:

…aren’t necessarily the same folks who will be shopping for antique Afghan and Pakistani jewelry like this:

HOWEVER, thanks to the beauty of the world wide web, websites like Etsy, and networks of tribalista communities like ours – one woman’s vision for trading tribal treasures is not geographically limited to her hometown in Southern Alabama.

I’m talking about Nancy Conklin, owner of A Lilla Bazaar.

Nancy has an affinity for antique tribal jewelry and textiles from the Swat Valley, Pakistan and the neighboring tribal areas. 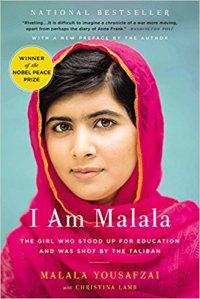 Does the Swat Valley Sound Familiar?

That’s probably because of the now-famous young lady named Malala Yousafzai, the youngest recipient of the Nobel Peace Prize.  She grew up in the Swat Valley before being shot in the face by the Taliban for simply being a girl trying to go to school after they banned female education. That was in 2012.  Let that sink in for a moment.  Not so long ago.

Also, if you’ve read any of Hossein Komeini’s award-winning books, the stories take place in nearby Kabul, Afghanistan and include references to the Swat Valley as well.   These books include The Kite Runner, 1000 Splended Suns   (I reviewed it a while ago here) and And The Mountains Echoed (I’m reading it now!) .

The Swat Valley used to be a tourist destination, due to it’s absolutely gorgeous vistas nestled between mountain ranges and along the flowing Swat River. 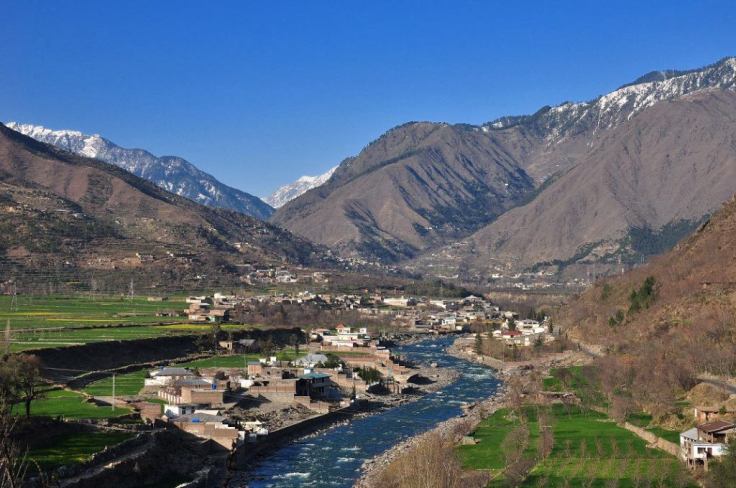 In a period of 5 years, from 2005-2010, the region was hit with mega earthquakes  , the Taliban’s treacherous take-over, and then a massive flood, leaving the folks who remained devastated and a bit hopeless to rebound.

[Interested in the details? Here are some facts: The earthquake of 2005 killed over 80,000 people in the region.   The Taliban took over in 2007 and killed thousands of residents openly in the streets who broke any of their strict rules, including dancing, owning a TV, shaving men’s beards, females going to school or not remaining covered.  Even after the Pakistani army attempted to fight the Taliban, over 100,000 Pakistanis fled the region for safety.  The 2010 flood killed 2000 people, but directly affected 20 MILLION through devastation of their homes, farms, and shops.]

You can see now why businesses like A Lilla Bazaar that support trade in this area are important.

The types of items that Nancy buys reflect the unique cultures that intersect between the Federally Administered Tribal Areas and Afghanistan to the west, the Himalayan peoples to the north, and India to the east.

I am working with families that have no other way to make money.

A Lilla Bazaar is having their biggest clearance sale RIGHT NOW.
Why?

Nancy’s trying to clear out some of her older merchandise to make room for a brand new collection of 2018 goodies for her shop’s grand opening in Troy, Alabama.

Nancy is excited to open a shop where the students on their way to nearby Troy University will have the opportunity to explore and appreciate the beautiful art and fashion of the Swat Valley has to offer.   She even hopes to offer multicultural talks and educational showcases as an extension of the multicultural education program at the college.

Not to mention adorable ways for locals to accessorize their trendy summer looks :

The success of A Lilla Bazaar doesn’t just help Nancy pay her bills as a femtrepreneur, she donates a portion of the sale of any of woven products back to the community from which she buys.  She even reinvests some of her own profits to help the families she works with.

I purchased bicycles for one family last year.  And just last week I bought a washing machine for a family. They had always washed by hand for 6 people.I only cost $135.And during their Eid celebrations, I have helped buy cows and goats for them.

So go check out the sale items for yourself, or take a peak at some of my favorites here:

These are quintessentially #everydaytribal: a little touch of tribal jewelry that you could wear every day of the week.  Jeans + tshirt, Maxi skirt + tank top, vintage dress + cardigan  – WHATEVER you want.

The knock-offs at Anthropologie and Target are $35-40.  Don’t give them your money – support small businesses and tribal trade around the world!

Remember us talking about beaded tassels when we did the Turkomen Jewelry feature, or the gift guide for Christmas?  A Lilla Bazaar has lots on sale this month:

For her Fabulous February sale – this WHOLE HEADDRESS is only $37.50!

WHAT? Even if you don’t wear it as is, think of how many DIY components you could take out of this piece. Sure, that might be blasphemy to tear apart this beautiful headdress, but that’s where my brain goes. Somebody go buy this right now and send me photos.

Alright, well that’s it for today!   Oh! Except for this little tidbit – if you aren’t following us on Facebook or Instagram, you don’t know that we’re giving away a beautiful Afghani Kuchi necklace and an Indian giant cuff bracelet as part of our ONE YEAR BIRTHDAY CELEBRATION!    So head over to Facebook and Instagram to “like” and “follow” us right now – only 3 days left to join the drawing by doing so! 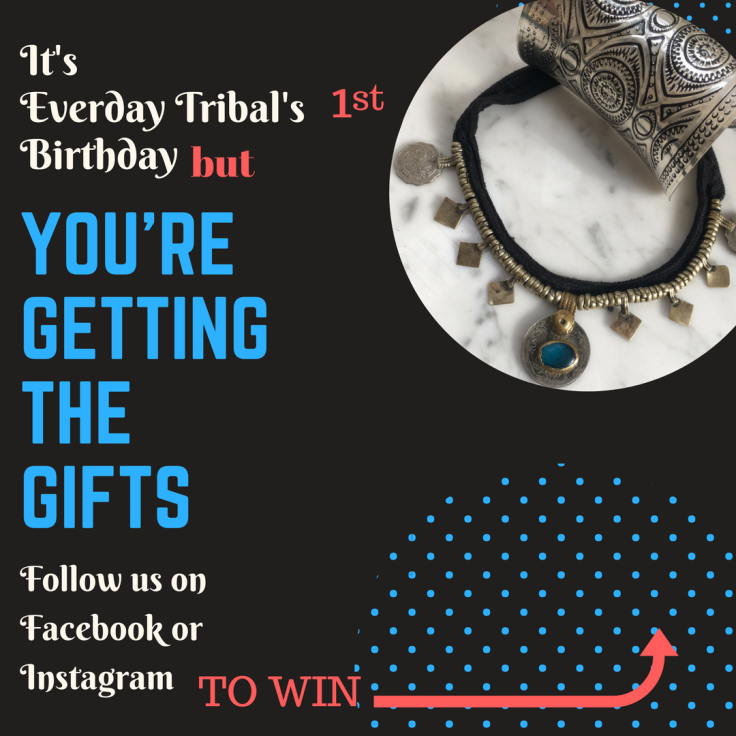 Sources from This Article:

I Am Malala: The Girl Who Stood Up for Education and Was Shot by the Taliban

Tag us with your #everydaytribal style or ideas!